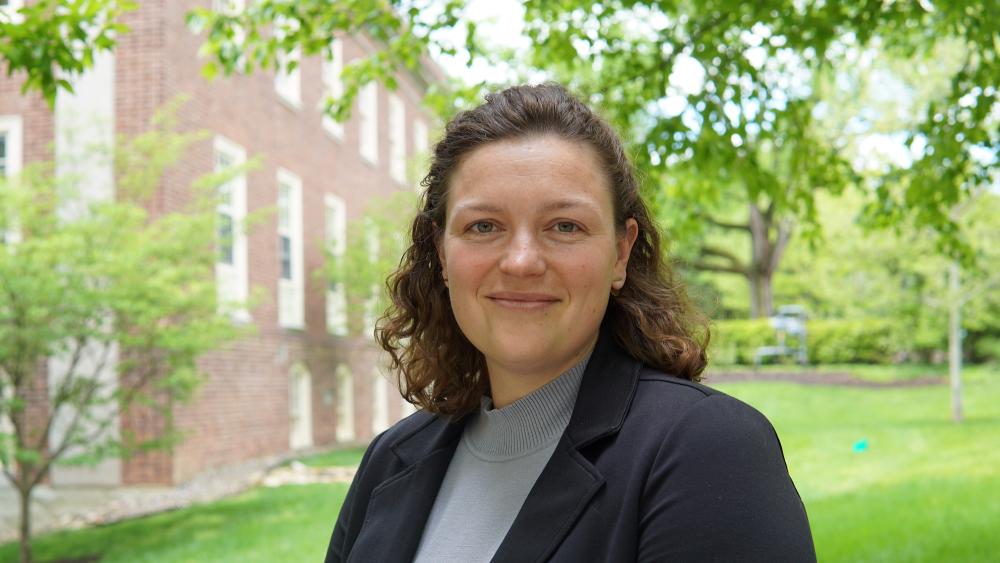 UNIVERSITY PARK, Pa. — Julie Heaton joined the Sokolov-Miller Family Financial and Life Skills Center as its new director in May.

Heaton follows Daad Rizk, who was the center’s first director when it opened in 2017. Rizk retired this spring after decades of working with students and their finances at Penn State and Georgia Southern University.

The Sokolov-Miller Family Financial and Life Skills Center began as the Financial Literacy Center and was endowed in 2018 by Penn State alumni and longtime college supporters Rick and Susan Sokolov. The center serves the entire Penn State community and offers hundreds of financial literacy presentations to groups and classes each year, as well as bi-monthly public webinars. It also offers one-on-one counseling, a mentorship program, and the self-study “MoneyCounts: A Financial Literacy Series Self-Study Modules” program.

“We are thrilled to have Julie lead Penn State’s financial literacy efforts,” said Yvonne Gaudelius, vice president and dean of undergraduate education. “It is crucial that our students and the greater Penn State community understand the impact of their finances on their overall well-being and happiness. Julie brings an excellent mix of experience in consulting, education and management. »

Heaton said she looks forward to continuing to grow the rapidly expanding presence of the Sokolov-Miller Family Financial and Life Skills Center and has been impressed with its development so far and the number of collaborative partnerships already established.

“There’s always room for innovation, and there’s tons of stuff I want to expand on, but it’s such a thrill to get into something that works so well,” Heaton said.

Most recently, Heaton was director of the University of Montana’s financial education program, which, like Penn State’s Sokolov-Miller Family Financial and Life Skills Center, is consistently ranked among the top 50 financial literacy programs in the country. higher education in an annual LendEDU survey.

Heaton received her bachelor’s degree from the College of William and Mary in Williamsburg, Virginia, and worked there after college as a grants coordinator. She then served as a foreign language instructor for students learning English as a second language at the Hebei Vocational College of Foreign Languages.

In 2013, Heaton took to the wilderness for an environmental education trip that saw her first as a backcountry naturalist and educator for the Appalachian Mountain Club in White Mountain National Forest. , New Hampshire. Then she held a series of seasonal jobs that took her across the country as an outdoor educator in Montana and an interpretive ranger for the Santa Monica Mountains National Recreation Area in California.

She worked for a wilderness therapy program, managing the day-to-day operations of an addiction rehabilitation center and an adult therapy program. This role, she said, was at the crossroads of environmental education, social services and therapy. This led to a position as a community education coordinator at a non-profit organization focused on educating and supporting survivors of domestic violence. During her work there, she said she spent a lot of time helping survivors get back on their feet.

“A lot of it is financial,” she said. “Often, financial abuse is present in any type of abusive relationship dynamic.”

Her interest was piqued in financial advice and she says her work has helped her see that financial literacy is key to helping people live healthy lives. She became a Certified Financial Counselor through the Association for Financial Counseling and Planning Education. She also earned a master’s degree in public administration and policy and a graduate certificate in public health administration, both from the University of Montana.

“The amazing thing about money is that we all have to deal with it, and once you understand a financial skill, the barriers to implementing it are low,” she said. “Almost everyone could benefit from sitting down with a financial advisor. Everyone has something they could improve on.

Heaton lives at State College with her husband, Joe, and daughter, Sylva. Although she still loves Montana, joining Penn State and moving to State College gave her a chance to be closer to her family in the eastern United States, she said.