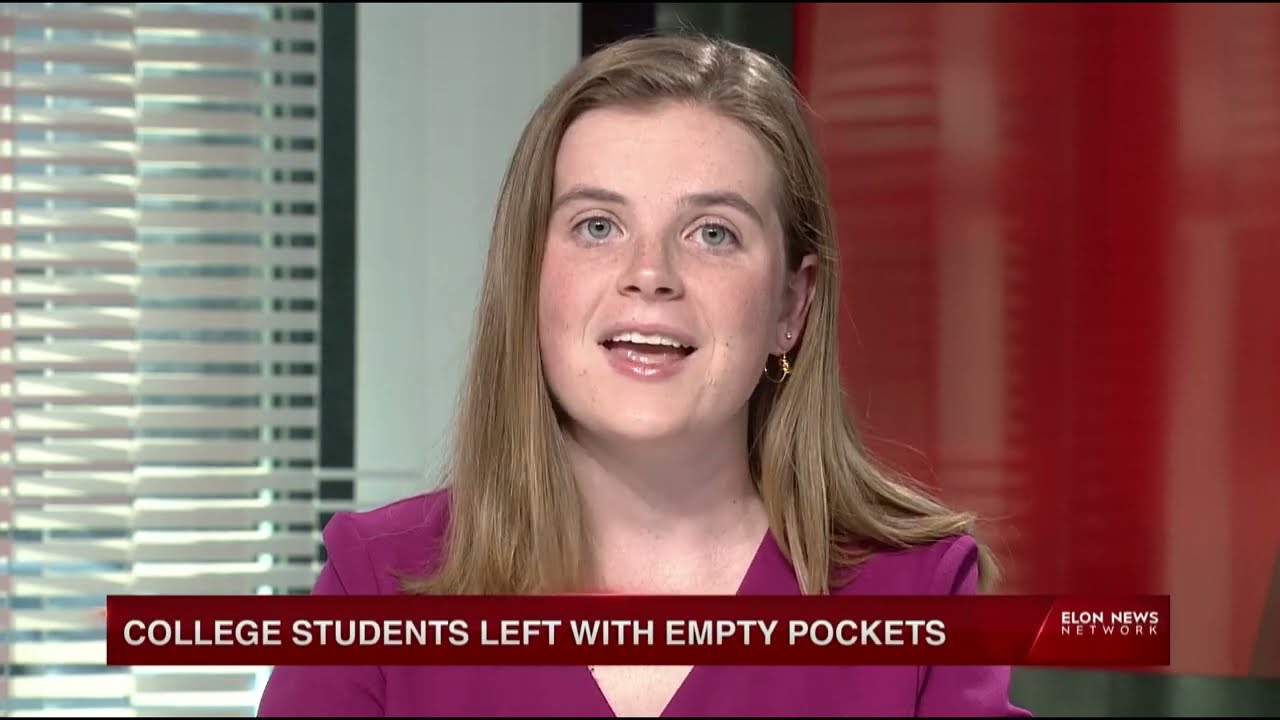 The rising cost of living in the United States is forcing many to watch their spending and leaving many students with empty pockets at gas pumps and grocery stores.

Chris Harris, Associate Professor of Finance and Chair of the Department of Finance, explains how students can save money. He has a passion for helping individuals understand finances and leverage the resources available to them. Harris is also the director of the Center for Financial Literacy and promoted financial literacy on campus years before the official center was established in September 2020.

Harris hosts workshops for different groups of students, staff, and organizations on campus. Harris says the goal of the Center for Financial Literacy is “to help people feel informed about financial decision-making.”

This interview has been edited for clarity.

Why should students care about inflation and be aware of it?

“Inflation can be a bad thing for all of us because what’s going to happen is if you put money in a bank account right now or in a savings account…they might say “Oh, that’s 0.01%, which is basically zero, nothing, right? You don’t earn anything. But at the same time, when you hear inflation is maybe 8 % … Essentially, this means that the value of that money, when you go to spend it a year later, will be 8% less than it is today.

If you have money in that savings account, you hope it can grow and maybe offset some of that inflation, but right now that’s not happening. So whatever $1 you buy right now, you can only buy for maybe 92 cents next year. You tried to be responsible. You put it in savings, it stayed there, but it’s almost like you lose your ability to buy things.

Inflation can be a really destructive thing because it disrupts people’s ability to plan effectively because if the prices of everything go up and someone is like, “Well, I’m going to make that purchase, no matter what. it be, next year”, especially if it’s a big purchase, a car or even just a computer or whatever. … If you try to put money aside to save, it will end up being a bigger amount than you might initially think and so it can affect you on the big things. But it can also affect the little things because anyone who goes to a grocery store or a restaurant right now, or whatever, is learning that lesson.

What type of items are seeing the biggest price increase?

“Gasoline is up sharply, but interestingly what a lot of people don’t realize is that we’re probably only at the start of inflation on things like groceries. An example, the price of wheat is 70% higher than a year ago. So if wheat is a main ingredient in anything, the cost of that thing will go up. … I expect the price of bread to rise significantly.

The other thing that’s going to be interesting is corn. Corn is one of the commodities that requires a lot of fertilizer, and so there are a lot of corn farmers who have said, “Well, a 300% increase in fertilizer is too much, so I’m not going to simply not grow maize this year”. And so they wanted to plant something else that might require less fertilizer like soybeans, and now there’s actually a shortage of soybeans because so many people are choosing to do that. … In the long term, like maybe in the fall, we could have a big increase in corn prices because people are going to plant less corn, so the ripple effects of what’s happening here. …

We’re probably going to see that for maybe a few years or a few years, especially the longer the conflict drags on in Ukraine. Ukraine and Russia produce about 30% of all the wheat in the world, and much of the material that goes into the fertilizer used here in the United States is primarily extracted in Russia. We will probably see that the longer the conflict lasts, the more we will see the lingering effects of higher prices. »

When will we be eligible for relief for items we import from Ukraine and Russia?

“In the United States, we don’t really buy a lot of our wheat from Ukraine or Russia. But what happens is that countries that would normally get it from them might not be able to get it this year. So they’ll turn around and say, ‘Well, where else can we get it?’ Maybe even in the US, if we grow enough on our own, we hear people in another country willing to pay more than that just means prices go up for everyone, and that’s what we notice.

What should students do if they feel overwhelmed?

“The most important thing to say is ‘Do I have control over how I spend my money in these most important areas’ because that’s where it will have the most impact. J I feel like I’ve come across more college students lately who are saying, “Yeah, I’m learning to cook more at home,” and people are doing it. They’re trying recipes. One of the reasons why people are starting to get into it, it’s because it can be more profitable.If you’re really feeling like “man, I just feel like I can’t control the expenses”, or if you have feel like things are getting really out of control, a reasonable alternative is to say, “Are there meals I can cook at home or are there things I can do that might cost a little cheaper ? “

How can students spend their money wisely right now?

“I’m a big advocate for smart shopping all the time, actually. Most of us have big financial goals and that’s how we usually think of our goals. It’s this big thing like “I want to retire earlier”, “I want to have a paid house”, “I want to do this or whatever” and a lot of courses and events that I see the answers that students give when they kind of talk about their goals. And these are very common. It is difficult for everyone to stay focused on this big picture. So a lot of times it just helps to break it down a little bit smaller and to be able to say OK, when I’m 19 it’s really hard for me to discipline all my decisions about what’s going to happen when I I’m 65 years. So maybe that can’t be my motivation. But maybe what could be the motivating factor is to say, “Can I save $5,000 this year?”

The idea is that you just want to be able to think more critically; how my decisions that I make today or right now are going to impact maybe some of the future things that I want to do.

What’s the first thing students can do to start spending wisely?

“One of the most helpful things a student can do is ask themselves, ‘What are my financial goals? What am I trying to accomplish or what am I trying to do? And once we figure that out, we can just start thinking about our decisions now, because all of a sudden it might make us a little more uncomfortable.

What should students do if they feel overwhelmed with their finances right now?

“We hope it won’t last forever and we want it to be as short as possible. If I was commuting I would absolutely look, is there someone I can carpool with? Can we split the days so that we each only pay half the time for petrol or something? I would definitely look to see if that’s a possibility. Or is there a shuttle you can use to get around?

When prices are a little lower and we don’t have to make proactive plans, it’s easier to ignore that. But as the budget starts to get a little tighter and there’s a little pressure every time you fill up on gas and people start saying, “Oh my god, it’s $60 to refuel or whatever,” these thoughts creep in. a good time to eat foods you can make at home.

You’d be surprised how many small adjustments can be made to someone’s daily tasks over a period of time. … I don’t think life is meant to deprive us of all those things, so I don’t think personal finances deprive us. It’s about finding ways to get what we want.