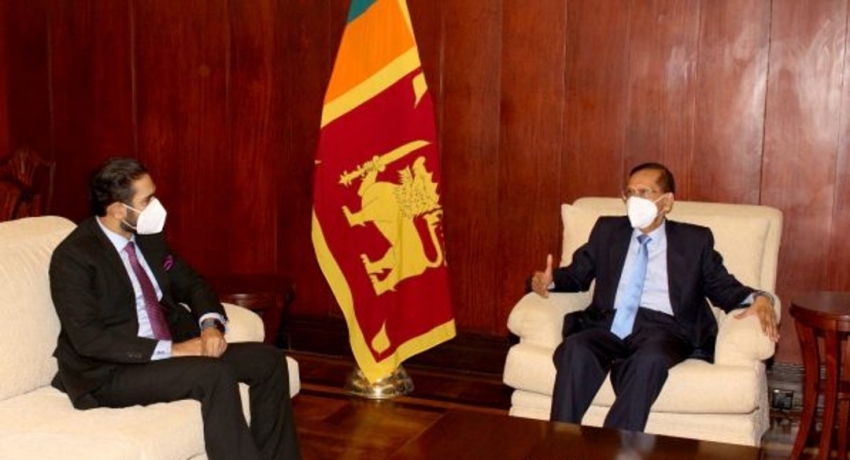 COLOMBO (News 1st); The Minister of Foreign Affairs, Professor GL Peiris, had a meeting with the Actg. Pakistan High Commissioner, Tanvir Ahmad, to discuss matters relating to the financial security/compensation of the family of the late Priyantha Kumara, who was killed by a mob in Sialkot region, Pakistan last week .

While emphasizing the long-standing friendship and trust between Pakistan and Sri Lanka, the minister expressed confidence that the Pakistani government would take the necessary steps to ensure justice for the family of the late Priyantha Kumara.

Recalling the phone call he had with Pakistani Foreign Minister Shah Mahmood Qureshi on Saturday, the minister said “he offered his condolences and promised to make available to Sri Lanka all information from the investigation as soon as possible.

The Minister of Foreign Affairs also appreciated the intervention of the Prime Minister of Pakistan who personally took charge of this investigation and took steps to immediately investigate the incident. He also welcomed the announcement of the donation of US$100,000 by the Sialkot business community and the payment of Priyantha Kumara’s monthly salary to his widow.

Minister Peiris stressed that the Sri Lankan government is concerned about the future of the two children of the late Priyantha Kumara and the importance of receiving payments on time. He requested the Pakistani envoy to put in place a mechanism to ensure that the salary will be received by the family every month without any interruption.

Expressing his sincere apologies for the incident, the Acting High Commissioner assured that the Government of Pakistan has taken the necessary steps to carry out a thorough investigation and guarantee compensation to the family. Law enforcement in Pakistan is working to ensure the safety of all other Sri Lankans living in Pakistan, he added.